Josh Borne is one of the nation’s premier streetbike freestyle athletes. Borne’s passion for streetbikes began in 2004 when he bought his first motorcycle while earning his Bachelor Degree in Mechanical Engineering. He quickly discovered his natural talent when he began freestyle riding in 2005. In less than a year, Borne had already excelled to professional competition level. In 2008, Josh left his corporate career as a General Motors Engineer to pursue professional riding on a permanent basis. To be able to train year around, Borne left the snow of Detroit, MI and moved to Atlanta, GA. Today Borne is a top ranked competition rider on the XDL National Streetbike Freestyle circuit and was a World Championship Finalist in 2007 and 2008. He also has placed in many national and international freestyle competitions. Borne is known best for his high energy riding, drifting, precision stoppies and technical riding ability. Borne considers himself blessed to pursue his dream of riding and thanks all of his sponsors, fans, and friends. 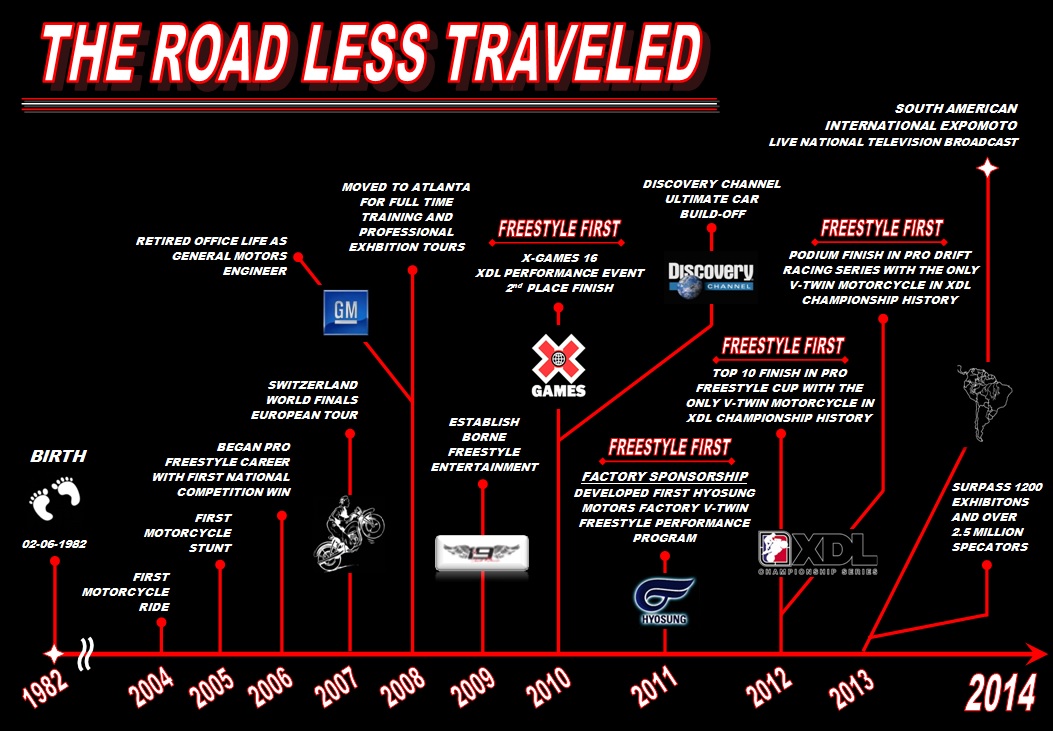 Be strong and courageous. Do not be terrified; do not be discouraged, for the Lord your God will be with you wherever you go. – JOSHUA 1:9

Unable to fetch the feed
Error :

Great times in Michigan this weekend. Thanks Virginia Collett for catching the action. fb.me/4Wc8XQ5ci

Still on of my favorite shots. FLY Street Gear keeping me protected and looking good. fb.me/9a8x7RD6J

Thanks Daniel Farris for the reminder; Can't belive my first trip to Switzerland was 10 years ago. Crazy how time flies!

Only two and a half weeks away! fb.me/1nwpxHavU